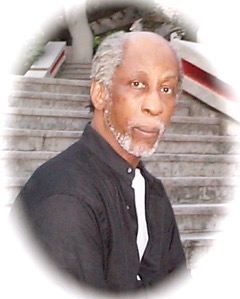 Artistic Director and choreographer of the Eleo Pomare Dance Company, Mr. Pomare was born in Cartagena, Colombia and arrived in New York at the age of 10.  After graduating from New York City's High School of the Performing Arts in 1953, he formed his first dance company, Corybantes, and later the Eleo Pomare Dance Company.     A John Hay Whitney Fellowship took him to Europe in 1962 where he studied, danced, choreographed, taught dance and formed a second company that toured Germany, Holland, Sweden, Denmark and Norway.  In 1964 he returned to the United States, revived and expanded his original American dance company that has since toured throughout the United States, Canada, Puerto Rico, the West Indies, Australia, Spain, and Italy.  His choreography frequently challenged the sensibilities of sophisticated dance audiences at Broadway's ANTA Theatre, Washington's John F. Kennedy Center for the Performing Arts, New York's City Center, the Florence Gould Hall, the Joyce Theater, Montreal's Theatre Maisonneuve, and at the Adelaide Festival of Arts in Australia.

The Company also appeared for three seasons at the Fiorello Festival, on the Summer Stage in Central Park, on DanceMobile in the five boroughs and throughout the region for most of DanceMobile’s existance, at the Nantucket Dance Festival, Schimmel Center for the Arts, and the Harkness Dance Center.

In March 1996 Mr. Pomare’s Radeau, a work featuring three female figures symbolizing the rape of Haiti's refugees, was performed at the Museum of Modern Art -- the first time dance had been shown there.  The Eleo Pomare Dance Company performed an expanded version of Raft at Alice Tully Hall at Lincoln Center, March 27, 1997. Martial Roumain remounted Radeau on the Grace Hsiao Dance Theatre in Taipei, Taiwan in November, 2008.

Mr. Pomare premiered a work inspired by Garcia Lorca’s Yerma and entitled Aridez at the 92nd Street Y, Harkness Dance Center, on Sunday, October 20, 2002. The work has since been shown at the New York’s High School for the Performing Arts and at Lehman College.